TWO CENTURIES OF CHESED, INSPIRED BY MILLENNIA OF CHARITY.

Eloko d’Meir aneini, God of Meir, answer me, is a reference to the holy tanna Reb Meir who was surrounded by miracles. It has been passed down from father to son for centuries as an utterance that brings good fortune, salvation, and heavenly aid in all circumstances. For over 185 years, Kolel Chibas Jerusalem has been tapping into the miracles of Reb Meir by supporting Jews living in the Holy Land. As the official charity of Reb Meir Baal Haness, this is a source of open miracles, timely salvation, divine blessing, and success in all matters.

Donations to Kolel Chibas Jerusalem are made today in the same time-honored way they were made throughout the past 185 years – by generous and caring Jews in diaspora regularly setting aside money earmarked for impoverished Jews living in the Holy Land. In times of simcha or great distress, our ancestors exhibited unshakable trust in the tanna Reb Meir’s promise to intercede in Heaven on behalf of those who support the settlers of Eretz Yisrael. The same tradition endures to this very day with Jews throughout the world.

Kolel Chibas Jerusalem Rabbi Meyer Baal Haness was founded in 1830 by Galician gedolim in support of their brethren who merited making aliyah. It remains one of the oldest and holiest charities in the world, and has inspired many other worthy organizations that have since followed its lead. Until today, donating charity l’ilui nishmas Reb Meir o ers comfort, solace and hope to everyone from the woman lighting Shabbos candles to chosson-kallah seeking blessings on their wedding day, to those whose hearts are brimming with joy or heavy with pain. 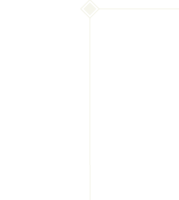 Kolel Chibas Jerusalem Rabbi Meir Baal Haness Charity was founded in 1830 by Galician gedolim in support of their brethren who merited making aliyah. It remains one of the oldest and holiest charities in the world, and has inspired many other worthy organizations that have since followed its lead.

Right after the war, the Jews And Rabbi's that were spread out over the world, when they where in the situation of strengthening them self's and there loved one's and trying to rebuild what they have lost in the holocaust, they did not forget about there brothers and sister in Eretz Yisrael and did not forget the holy work there Rabbi's, fathers and grandfathers had "Misiras Nefesh" for. And started to arrange Gabboyim and offices and Pushkas thru out the entire Jewish world. Kolel Chibas Jerusalem Reb Meyer Baal Haness Charity , and it's supporters, are still here thru out the world. Thru your Pushka you can take part in this holy work that was put in to rebuild this holy tzedahkah. 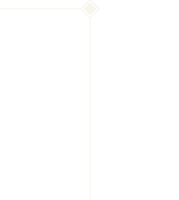 During World War Two when the sky was dark in Europe, it wasn't to much brighter for Jews living in Eretz Yisrael, because of the money that came from Poland to Kolel Chibas Jerusalem the Rabbi Meyer Baal haness Tzedakah in Eretz Yisrael had stopped completely, and Hunger and poverty where very big for the Jews in Jerusalem and in the Entire Holy land. The only support to the Kolel came from the supporters in America. Support from America started to come Before world war I, when almost all the Rebbi's of Galica put together a letter with there signatures asking for help from their friends in America, they asked that every Jewish home should have a Reb Meyer Baal Haness Pushka, a Segulah for Yeshuahs, Refuahs, Hatzlocha, and Nachas for the entire family, Promised by the holy Tana Reb Meyer Baal Haness. Because they have seen that with the support from Europe, the Kolel would not be able to feed all the student's and their families.

Kolel Chibas Jerusalem Rabbi Meir Baal Haness Charity was founded in 1830 by Galician gedolim in support of their brethren who merited making aliyah. It remains one of the oldest and holiest charities in the world, and has inspired many other worthy organizations that have since followed its lead. Founded In 1830 In the Orthodox quarter of Mea Shearim in Jerusalem, at the end of Mea Shearim street, is an institution founded back in year 1830 still in the old city, it was named Kolel Chibas Jerusalem Reb Meyer Baal Haness Charity. This was an institution that was founded by Jews from Galicia Poland, that came to Eretz Yisrael from Galicia Poland to spend a lifetime pursuing there Torah studies on a full time basis. For this to work, it was important to find others who are willing to support the up keep of the institution itself and the living expenses of the students and there families. Many Jews at that time, which lived in Galicia, have felt a holy honor and a must to help fund such a Kolel. At that time the big holy Rebbi's of Sanz, Ropschitz, Diniv, Belz, that were involved and active in founding and organizing this holy organization to collect funds to help there brothers and sisters in the holy land. At that time small yellow tin Reb Meyer Baal Haness Pushkas were distributed to all Jewish homes were they would be filled with a few Zlotes. Every family would spare whatever money they can for this holy cause, a few times a year a local representative a GABBI would make rounds from house to house collecting the money and making a list of the donors in Hebrew, and the money and lists were sent to Eretz Yisrael where receipts were issued. Once a year, towards the beginning of the new year Rosh Hashono the kolel in Jerusalem sent back the receipts to every Gabbi of each city and Shtettel with small calendars called Luach these calendars had the Hebrew dates and the general date, noting the holidays and giving the exact time when Shaboss and holidays started and ended. And every Gabbi would go from door to door handing out these receipts and calendars in there Town. This job of being a Gabbi for Reb Meyer Baal Haness was a holy honorable work that was Passed on from the first Gabboyim to there children, their were always new Gabboyim that volunteered to do this holy honorable work of collecting money from the Pushkas. We until today hear from Jews that lived in Galicia at that time, how holy and serious this work was by these Gabboyim, they would put on their Gartel and Shaboss Garment to go do the holy work of emptying the Reb Meyer Baal Haness Pushkas, as any other Mitzvah, for their brothers in the holy land that chose to spent their lives on the Torah. Many years before the war I started when Jews in Poland weren't doing financially well, a call for help was maid to other Countries in Europe and America, where Jews lived. Besides the office in Galicia, in the city Barislov, that was founded years before, and the office in Berlin that was founded after world war I, offices where founded in England, and Belgium, and in New York City in the United States. The office in New York was founded in 1875. Continuously until the dark days of the war.

CHIBAS JERUSALEM AT A GLANCE

$7,000,000+ charity distributed annual to thousands of needy in Holy Land

Free loans extended to merchants, workers and others in need of capital